Wherever we are, tricksters dwell in our midst. They exist because we created them to help make sense out of our world. They help give expression to our humanity. They make us laugh and encourage us to think. From the earliest times, people gathered around campfires to listen to tales of their cunning and mischievous exploits.

We recruit tricksters from the familiar world we know. Coyotes were a favorite trickster figure of the native peoples of North America. The Indians admired the coyote’s crafty ways, such as how they worked in pairs to flip over porcupines to expose their unprotected bellies.  The raven was another favorite, renowned for its intelligence and ability to solve problems. People can be tricksters too. For thousands of years the feats of Greek hero Odysseus, the man of twists and turns, has made people laugh while they shake their heads in awe.

Children in the southeastern United States grew up with tales of Brer Rabbit, a hybrid figure that combines Leuk, the West African trickster rabbit brought there by slaves, and Jistu, the rabbit trickster of the Cherokees and the Creeks. Some of us still remember sitting in front of a flickering black and white TV howling gleefully as Bugs Bunny found yet another way to torment Daffy Duck.

Tricksters can also take the form of inanimate objects, such as rocks, sticks, and trees. In Norse mythology, the trickster Loki was the son of fire and a flammable pine needle.

Today we can summon up a whole menagerie of tricksters with the click of a mouse–unscrupulous financiers, lying politicians, computer hackers, TV preachers caught in the act. The list gets longer practically by the minute. We may condemn these charlatans and sneer as they do the perp walk to the Manhattan Criminal Court. But we’re also fascinated by their bigger than life exploits.

It all sounds very bewildering. So many tricksters! How do we recognize them? Here are five traits most tricksters share.

1. Crosser of boundaries. “Trickster is a boundary-crosser,” writes cultural critic Lewis Hyde. He breaks the rules of society and blurs distinctions we take for granted: “right and wrong, sacred and profane, clean and dirty, male and female, young and old, living and dead,” writes Hyde.

The trickster is also a shape-shifter. He plays his tricks and escapes his pursuers by changing into an old woman, a fleet deer, a rock, a  mouse–whatever it takes. The Norse Loki (a male) becomes a mare (female) who gives birth to eight-legged horse.

He can also can cross from one world to another and deliver messages from the gods. But he himself is seldom a god. Nearly always, the trickster belongs to this earth and cognitively accessible to the people who  recount his exploits. He is like us, only different.

2. Compulsive liar. The trickster says what he must to get what he wants. Mostly he wants food and sex. Writes Hyde: “Trickster lies because he has a belly. . . expect truth only from those whose belly is full or those who have escaped the belly altogether.”

But sometimes he lies just for fun. Here’s an example from the Maliseet of the Saint Lawrence River area in which Rabbit got long ears for the same reason that Pinocchio  got a long nose.

One day Rabbit hopped out of the bushes looking for amusement.  Presently he came upon Beaver. He told this industrious but dull-witted fellow that the sun would never rise again. Beaver passed the lie on to Squirrel, and so on. The animals were alarmed and they furiously set about gathering food so that they wouldn’t starve. Meanwhile, Rabbit hopped back into the bushes and laughed and laughed.

Now along came Glooscap, the no-nonsense creator god. “What’s going on,” he demanded to know. When the animals told him, Glooscap found Rabbit in the bushes and angrily pulled him up the the ears, stretching them to the length we know today.

Creator of the world. Trickster’s lies create illusions in much the way that artists use visual symbols and metaphors to help us see our world in a different way. Like an artist, the trickster’s imagination and disdain for convention often confounds ordinary beings who cling to the tried and true. Tricksters are society’s innovators, says cultural anthropologist Paul Radin. As a creator the trickster invents new tools and cultural practices, and so created the world as we know it. For the Tlingit people of the Pacific Northwest, the raven was the creator of light. It happened like this:

Raven had heard that a very rich man possessed light but kept it for himself on a shelf in his house. After repeated attempts and failures to steal the light, Raven hit upon an elaborate plan. He transformed himself into a speck of dirt and put himself in a cup of water. The man’s daughter drank the water with the speck of dirt and became pregnant. The daughter’s baby (Raven) waited until he was a toddler.

One day the little boy cried and demanded to play with the man’s treasures. The man first gave him a bag of stars. The child let them go free, and they swooped up through the house’s smoke hole to populate the heavens. Then the child wanted the bag containing the moon, and the same thing happened.

Finally the child cried that he wanted the last and most precious treasure. The man couldn’t refuse his grandchild. Clutching the final bag, Raven now turned himself back into a raven and flew through the smoke hole. He opened the bag, and the sun took its place in the sky and gave the world light.

Practical joker. The trickster loves jokes and doesn’t mind if nobody else is amused. Most of the jokes are as crude as a whoopee cushion, but they serve a purpose. Many are part of ploys to satisfy his two greatest desires of food and sex. But sometimes, he tells jokes merely to have something to laugh at.

The trickster’s pleasure seeking frequently gets him into trouble, and listeners laugh the loudest when trickster inadvertently becomes the butt of his own joke. But sometimes the trickster’s jokes served a higher purpose by teaching valuable lessons. Here’s an example from the Algonquian people.

A raccoon trickster came upon two blind old men who had just finished cooking eight pieces of meat. They ladled the meat into a bowl and were chatting and enjoying their first morsels.

In crept Raccoon, who stealthily removed and ate four of the pieces. When one of the old men reached into the bowl, he was surprised to find only two pieces remaining. “You must be very hungry,” he told the other old man, because I’ve only had only one piece and there are now only two left.“ To which the other replied, “You must have eaten them yourself.” They argued, and in the midst of it, Raccoon gave each of them a poke.

At this the two old men started fighting, rolling on the the floor and upsetting the bowl. Raccoon snitched the last two pieces of meat and left, shouting out as he went, “I have played a fine trick on you. You shouldn’t be so quick to accuse each other.”

Totally male. Creators of trickster tales were not proponents of gender equality. Trickster tales gripped the imagination of their audiences with their fast-paced plots and rough-and-tumble theatrics. They demanded action-heroes, which are nearly always male. Can we think of even one female trickster, even today among the swindlers and con artists in today’s news?

And not just any male, but males with limitless sexual appetities, whose often enormous penises became culture heroes in their own right. The Winnebago, a people from the Great Lakes region, told stories about a trickster whose penis was so long he had to keep it in a box. The trickster would take it out to impregnate Indian princesses on the other side of a lake. These were real penises of extraordinary power and prestige, not the symbolic and intellectualized kind beloved by Freudian analysts.

At one level, they provide object lessons. Audiences laugh, but then think about how they behave toward members of society and nature. The people live in a fraught world, full of saber toothed tigers and unscrupulous mortgage companies. Safety lies in the security of being a part of a larger social construct as well as living in partnership with the natural world.

Tricksters also show the survival value of a flexible mind and spirit. They challenge people to get out of their ruts and for societies to grow and innovate. They are the agents of change. As Charles Darwin wrote:

“It is not the strongest nor the most intelligent of the species that survive. It is the one most adaptable to change.”

It certainly sounds like something Darwin would say, and the quote is attributed to him all over the Internet. Unfortunately, it appears in none of Darwin’s writings. Apparently it was cribbed from a management studies text. Maybe by a trickster.

So go forth and find your inner trickster. Be alert, keep your mind open, and watch your wallet. 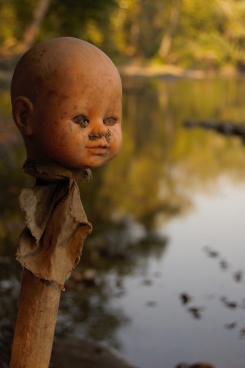 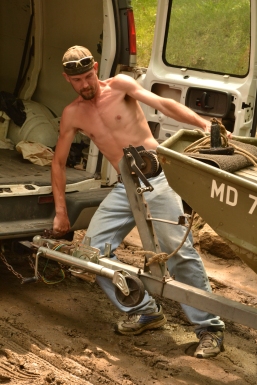 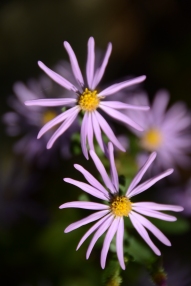