The little rock had a hole in it, slightly angled and cleanly formed. I picked it up and looked through the hole, out across the river at the rocks and the islands, up the low hills on the other side, and finally at the sky, where a swirl of vultures rode the thermal currents, ever upward.

Neat little rock, I thought, and a nice vignette of the vultures. At least they looked like vultures.

I found the rock on a gravel bar at the foot of a stretch of rapids on the Potomac River called Seneca Breaks. It’s a great place for hauling up your kayak and grilling a bratwurst over a driftwood fire.

Behind the gravel bar runs a network of channels, some of them bordered by vestiges of stone walls that George Washington’s crews built as part of a skirting canal around the rapids. Upstream, mercifully out sight, stands a super-size American flag that marks the beginning of Trump National Golf Course.

The river’s rocks. Most of the rocks on the gravel bar are rounded from their bruising journey down the river. Some are boulder size, but most are much smaller. Among them lie bits of river glass, also smoothed by the action of the river.

I found the rock with the hole high up on the berm, next to a river-worn piece of coal, likely from a long-ago longboat that capsized and dumped its cargo. After examining my find I slipped it into my pocket. There’s nothing better than to come home after a day on the river with a pocket full of rocks.

How was it formed? When I see a small object with a hole, my brain says “ornament.” But this was no human artifact. For one thing, the rock was drab and nondescript. For another, the diameter of the hole remained constant from one side of the stone to the other, unlike the hourglass shape of a hole created by a primitive bow drill. And why would an ornament maker drill a hole at an angle, as in my rock, and not just take the shortest route?

Of course the stone might have been produced solely by physical or chemical processes, like the potholes up and down this stretch of the Potomac that form as current-driven pebbles and sand drill into the grey bedrock.

I prefer to think that it all started with a worm. I can imagine a tiny creature hundreds of millions of years ago burrowing through the sandy sea floor, creating this very hole. Later the hole filled with silt. As more sediments accumulated, immense pressures turned the sand and silt into rock. Millions of years later the rock was thrust up in an episode of mountain building, only to be sent tumbling downhill as erosion worked its will. Ending up in a proto-Potomac River, sand driven by the current ground away the softer parts of the rock, including the bit of hardened mud that had filled the worm hole. And so the ancient worm hole was reborn.

Tricksters and vultures. That could be the end of the story, but this is the Potomac River, the domain of Potowmack the Trickster, a river spirit who delights in showing people that things aren’t always as they seem.

I suspected something like this when I looked though the hole in the rock and saw the vultures.

Now, vultures are wretched creatures, despite their federally protected status. They look like beings from the underworld, with soot-covered feathers and naked heads scorched red by fiery embers. Their grunts and hisses could be the soundtrack for a painting by Hieronymus Bosch. They smell of the rotting carcasses on which they feed and they splatter their roosts with foul excrement.

Yet when vultures launch themselves from a cliff, they turn into the essence of grace, delicately shifting the angles of their great wings to catch the thermals that send them circling higher and higher into the heavens.

Hags and fairies. Can the seemingly opposite worlds of geology and myth shift back and forth, one into the other, and then back again? Maybe so.

For millennia, peoples across the world have ascribed great spiritual and practical power to stones with naturally occurring holes. Such a stone is particularly powerful for the person who finds it, as opposed to buying it or receiving it as a gift.

The stones today are known by a variety of names. The one I like best is hag stones, a term that conjures up the rude world of medieval political incorrectness, of short words and short life spans, of people who urinated in the street, fornicated in the tavern, and cut off noses at the slightest insult. It was also a world of superstitions, where an ‘old hag’ is not only ugly and repulsive, but also likely a malevolent spirit, an inhabitant of a world of ghosts, goblins, and hellish fiends.

But why give such a derogatory name to a stone that provides power to its owner? It could be that the stones are not hags themselves, but rather protect against hags. Or the name could simply imply the opposite. For example, a good many Irish jigs and reels have the word hag in their name (e.g. ,The Hag with the Money, The Hag by the Fire, and The Hag’s Dream). The Irish enjoy playing with language, such as giving words double meanings. Are the tunes about hags? Or actually about nubile young lasses?

This brings us to another name, fairy stone. And an intriguing coincidence: The Teutonic word hag looks a lot like the Greek hagia, the feminine form of the word for saint, a bridge between earth and the world of spirits and fairies.

Stone of many uses. But enough of etymology, geology, and history. What is a hag stone good for? A lot, it turns out.

For one thing, a hag stone opens up a world not normally visible to mere mortals. When I peer through the hole in my rock, I can see shadowy realms populated by fairies, mermaids, sea spirits, tree spirits, and the spirits of the dead. I can see what they’re up to, and take precautionary measures, if necessary.

Hag stones also work as amulets. In the old days, farmers hung them in their stables to protect themselves and their animals. Fishermen fastened them to their boats to ensure a good catch or to guard against shipwreck. I tied mine to the rear view mirror of my car.

The stones ward off nightmares and illness. They can cast love spells and enhance fertility. They can detect if a person is telling the truth.

So far my hag stone has worked as advertised. I have not crashed my car, my health is good, I have not capsized my kayak, and I don’t believe anything that comes out of Donald Trump’s mouth.

That leaves the part about gateways into mystical realms. Maybe the vultures I saw through the hole in the stone were fairies. But they could have been just vultures, in the same way that lunch can simply be lunch. I’ve gotten to know Potowmack the Trickster, and how he delights in deflating people’s beliefs and delusions. This could all just be one of his jokes. If they look like vultures, it’s quite likely they are. 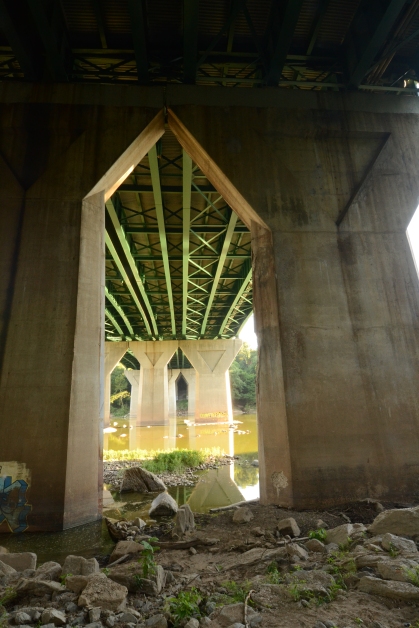 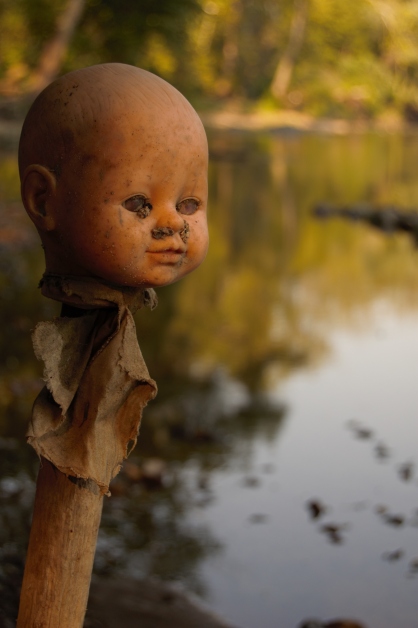 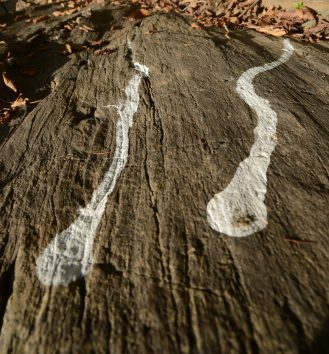 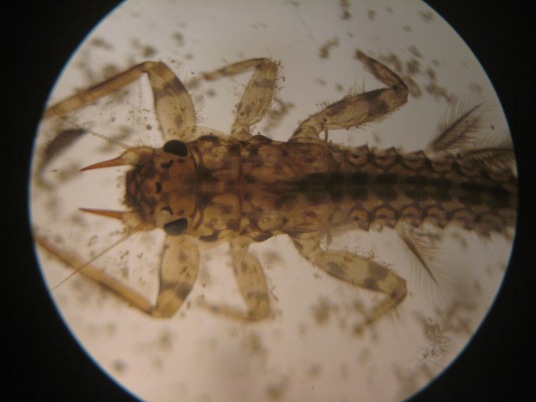 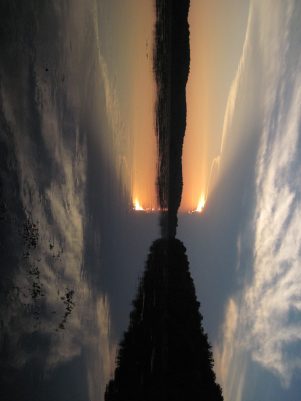