From their blockhouses along the Potomac River bluffs the Union soldiers keep a lookout for any movements of Confederate troops across the river in Virginia. It is 1862, a time of conflict.

Another conflict of sorts continues along these same bluffs, now part of the 639-acre Blockhouse Point Conservation Park on River Road. Today’s combatants are not opposing armies, but plants. Facing off on one side are the trees, shrubs, and wildflowers that are native to this area. On the other side are plant species that came from someplace else: the invasives.

If the invasives gain the upper hand, as they have in many places, they could wipe out the natives. Here in Montgomery County and around the country, people have organized to prevent this from happening.

Alien invaders. Among them is Carole Bergmann, forest ecologist with the Montgomery County Department of Parks. Passionate about her mission, she has founded the Weed Warriors, a group dedicated to uprooting and hacking down these alien invaders.

Bergmann urged me to visit Blockhouse Point as an example of a “really high quality contiguous forest,” still relatively unscathed by change. But keep your eyes open, she advised. For even here, the invasives are at work.

I parked at the little lot on River Road and headed down towards the river on a well-groomed trail. I admired the soaring beeches, oaks, and tulip poplars.

As Bergmann promised, these are beautiful woods with remarkable plants, each with a story.

My first find was a pair of bloodroot, their leaves still curled around their stems, their delicate flowers poised to open. Native Americans used this plant’s orange-red sap as a dye. Today, the plant is on the U.S. Food and Drug Administration’s list of fake cancer cures.

The trail skirted a swampy area with a stand of skunk cabbage, named for the pungent odor its leaves release when crushed. In the dead of winter, this extraordinary plant produces heat that enables it to push up through cold mud and snow. Well before other flowers open, the skunk cabbage’s hooded blooms are already attracting pollinating insects with their warmth and odor.

On a sun-bathed hillside I found a carpet of wildflowers called spring beauties. You

would never guess from looking at their delicate pink-veined blossoms that their roots form into grape-sized tubers. These are perfectly edible if you don’t object to the taste of dirt.

Honeysuckle taking hold. But here the plot thickens. Among the spring beauties I found snippets of dark-leaved vines poked up among the shy flowers. It was honeysuckle, introduced to the U.S. from eastern Asia. An aggressive tree climber, its dense foliage shades out the native plants living below.

Now I stood on a bluff overlooking the canal and river. Around me a multitude of tiny flowering plants poked up between fallen leaves. Among them the purple deadnettle, a

Eurasian native that equally thrives along roadsides among the broken glass and cigarette butts.

I slid down the bluff to the floodplain along the canal. Japanese barberry, with its familiar scarlet fruits, pricked my legs. I forced my way through tangles of multiflora rose, also from east Asia, their sharp thorns grasping at my shirt and puncturing my arms and hands and leaving them covered with drips of blood.

As Bergmann explained it, the land along the canal, altered and flooded with sunlight, creates an ideal corridor for invasives. For this reason, she adamantly opposes any proliferation of trails through the park. Her nightmare scenario would be a full-scale assault by Vietnamese stiltgrass. “If we don’t control it,” she said, “stiltgrass will shoot up and down all the trails, even in shade.”

Contrarian on aliens. My walk had come to an end, and now my mind wandered to another setting with invasives—but with subversives as well.

Earlier this year I attended a seminar on non-native species at the annual meeting of the American Association for the Advancement of Science, in Washington, D.C. There I met Mark Davis, a plant ecologist, author of the book Invasion Biology, and professor at Minnesota’s Macalester College.

According to Davis, the invasives issue is less about plants and animals, and more about us—our personal likes and dislikes.

“When we refer to a healthy ecosystem,” he said, “we’re talking about how we want the ecosystem to be.” Invasive species do affect ecosystems; that’s scientific fact. Some of the changes we like and others we don’t; that has nothing to do with science.

The most vehemently anti-invasive views are typically held by people in their 50s and 60s, he maintains. “Kids growing up today are surrounded by people and cultures from all over,” he continued. In the future, Davis predicts, we will focus less on managing non-native species and more on changing our attitudes towards them.

That said, Davis supports taking firm action when species threaten our health or our economy—alien or native. The emerald ash borer, which is devastating ash trees throughout North America, originally comes from Asia. But the mountain pine beetle, which is wreaking havoc with pine trees across the western states, is 100 percent American.

Back at Blockhouse Point I looked out at the river. The creatures living in its waters tell even more topsy-turvy stories of biology and beliefs. These stories will remain to be told. 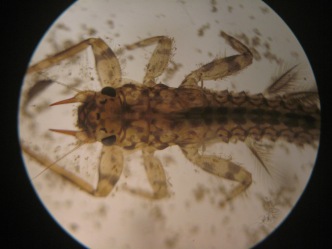 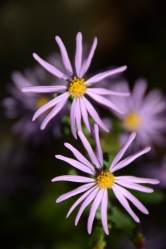 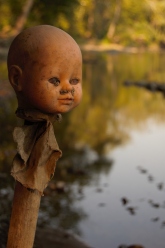 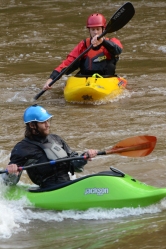 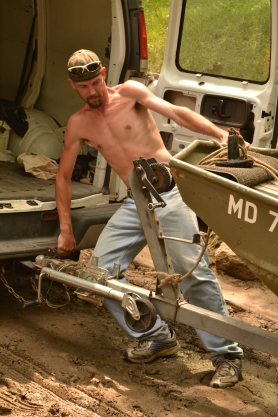 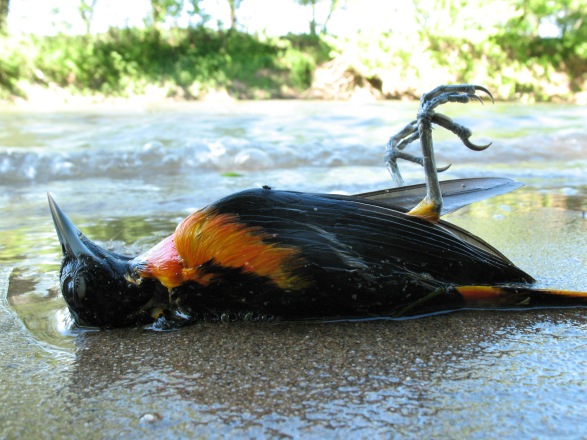 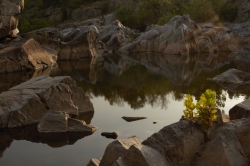